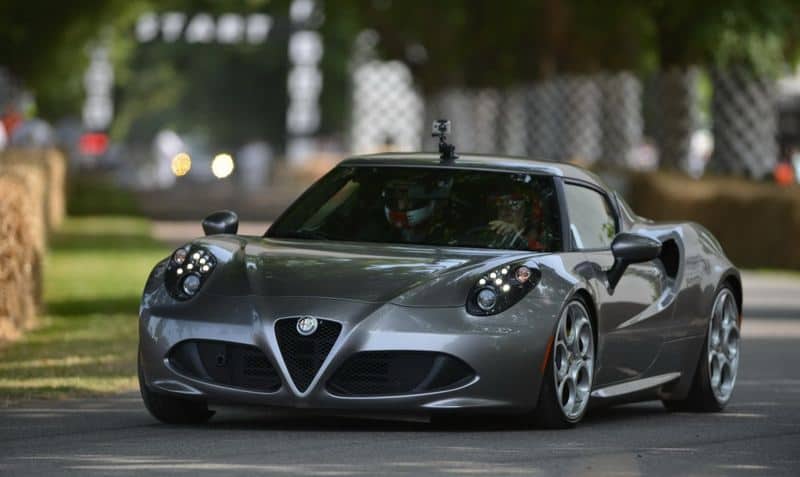 As an Amazon Associate we earn from qualified purchases made on our website. If you make a purchase through links from this website, we may earn a small commission from Amazon and other similar affiliate programs. You can read our terms of service .

GoPros are becoming ever more popular as the months go on. There is no denying that they are great pieces of technology as well as fantastic innovations in the field of photography and video capture.

A big thing now is mounting GoPros on cars in order to showcase speed, the oncoming road, driving skills, stunts, and even the driver too. That being said, you might not know where the best place is to mount the GoPro. So, let’s talk about some different GoPro mount ideas, which can be in the car or on the exterior too.

Different Locations For Mounting Your GoPro On Your Car

There are various locations, both inside and outside of your car, which you can choose to mount your GoPro. Different locations will provide you with various effects. Let’s talk about these different mounting locations and what makes each of them ideal. One of the most common places where people mount their GoPros is on the grille of the car. This means that your camera will be front and center. Some people do not like this mounting position as big jolts may shake the camera loose, resulting in a run over, crushed, or lost camera.

However, if you have a good mount, this should not happen. If watching the road and showcasing your speed of driving is the main point of your video, the front and center approach on the grille might just be the best way to go.

People like the front and center mounting approach because it is the best position to capture speed. Being right at the front of the car gives the camera a great view moving forward. It shows the oncoming scenery, the road to come, and it provides for a great view of the signs and lines of the road.

It’s a great way to showcase the speed at which you are going as well as the oncoming track. You won’t be able to see the camera, which some people like because it minimizes the distraction effect. We don’t mean for the camera to actually be in the passenger’s seat and facing forward, although that is a possibility if you want to showcase the point of view from the passenger’s eyes. However, generally speaking, the main purpose of this is to show the driver.

This is great if you want to talk and narrate your video, as the camera is actually facing you. If you are supposed to be the center of attention and not the car, then the passenger’s seat mount is probably the best option to go with. Nobody likes the backseat driver, but in this case it is a camera instead of a person telling you how to drive. This position is really cool for seeing a good mix of everything going on. It allows the viewer to see and hear the driver, to see the dash board and the steering wheel, and it allows the viewer to see out the front of the car, the scenery, and the upcoming road too.

Behind The Front Wheel Behind the Front Wheel View

The main point of mounting the GoPro behind the front wheel is to showcase the wheels. If you are racing or driving on a track that has lots of turns, this is the way to go.

Many people who like to practice and engage in drifting love this view because it is a great way to showcase the tires sliding across the road. This is also a good way to show off your speed because the camera accurately captures the wheels turning as well as the oncoming road.

When there are the markings on the road zipping through the video, it will definitely make it look like you are going really fast. Keep in mind that rocks and debris can easily damage your GoPro when it is mounted in this position.

Behind The Steering Wheel Behind the Steering Wheel View

Yet another great location to mount your GoPro is behind the wheel, right in between the steering wheel and the dashboard. Ok, so this may present some problems in terms of seeing the speed gauge, distance gauge, and some of the other essential dashboard features, but it is still a favorite. Mounting the GoPro in this position is another great way to get a look at the driver.

If you want to talk, narrate, and be visible in the video, behind the wheel is a pretty good spot indeed. This location is also great for capturing sound, both from you and from the car itself. It’s also a good way to display high speed turns and maneuvering because the steering wheel itself is one of the main focuses. Over the Trunk View

This mounting position is also becoming quite popular. Many people, especially those who race or do timed events like to mount the camera on the rear of the car. This will allow the GoPro to display your awesome speed.

It also lets the viewer see where you are in terms of your racing position. Seeing the drivers behind the car filming the action is always a good way to showcase speed and driving skills during a race.

Ok, so the main thing to remember when it comes to GoPro car mount ideas is to keep your own needs in mind. Different mounting positions are ideal for different purposes. You need to consider what you want to get out the of the GoPro video. This will dictate exactly where you end up mounting the GoPro.

How to Walk with a Gimbal | Ninja Walk